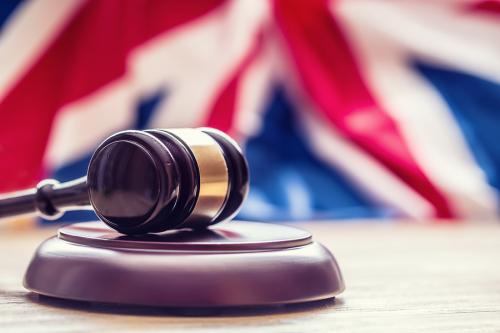 In previous articles on this blog, you will find a handful of cases that consider the distinction between the fact of a protected whistleblower and the manner in which it occurred. Wisdom accepted, thanks in part to the unstoppable words of Mr. Justice Underhill in Martin-v-Devonshires Solicitors here is that an employer may in principle respond negatively to manner as opposed to fact, but only when manner goes far beyond unreasonableness or aggressiveness or ordinary inaccuracies implicit in employee disclosures.

It’s not just a matter of being unnecessarily persistent or irritating or throwing away a bit of perceived moral weight – traditional authorities suggest that the employee will only lose protection for “totally unreasonable, extraneous or malicious acts“, or behave in a way that was”misleading or irrelevant to the task at hand” [NB. one must be careful not to extract individual words from that and rely on them to justify retaliatory action – many disclosures will contain material which is factually or legally irrelevant, for example, simply because the employee does not necessarily know the difference.  It is also well established that a disclosure which is not true will not cease to be protected so long as the employee thinks it is].

Essentially the same considerations apply with respect to acts or allegations protected by trade union or discrimination law – in each case, conduct that would normally be protected from retaliation may lose that air cover if committed unfairly. in a way that goes far beyond the “ordinary”. unreasonable”. In such circumstances, the Employment Tribunal, considering the underlying reason for the employer’s actions, is entitled to conclude that it is the conduct of the employee, and not his complaint or his disclosure. This merely provides the context for the misconduct and does not excuse it. However, if the employer is found to have reacted to behavior on the part of the employee by making their disclosure that falls below this threshold, it will be treated as retaliation against the disclosure itself and therefore likely liable to victimization or union denunciation/prejudice. depending on the case.

Nothing new so far, but we now have the Court of Appeal’s decision this month in Ling Kong – against Gulf International Bank which brings to light a hitherto unexplored aspect of this question – what if the employee’s conduct in connection with the disclosure was objectively not so serious but the employer sincerely believed that it ‘was ?

The facts of the case are somewhat convoluted, but in general terms the plaintiff made a disclosure regarding the Bank’s use of a loan document for purposes for which it was not suitable. She did so in terms which, shall we say, lacked subtlety and which were interpreted by the Chief Legal Officer as undermining her professional integrity. In the Chief’s view, this slight was repeated at a follow-up meeting the following day, following which there was some degree of slamming of doors and the refusal of the Head of Legal to seek a common ground through mediation. Ling Kong was asked to apologize to the head of the legal department, but did not, and was later fired for her conduct. In the Bank’s view, this was further evidence of her lack of emotional intelligence in her dealings with colleagues and represented the continuation of a communication style she had been (unofficially) warned against in the past. .

In labor court, the plaintiff was found to have made a protected disclosure and was unfairly terminated for more or less every possible reason except whistleblowing. As this would have lifted the legal cap on her claim, she challenged that finding.

Ling Kong said (and the ET and the Court of Appeal agreed) that she did not attack the leader’s integrity at all, only his legal conscience, i.e. his competence. While still somewhat of an affront, it is implicit in almost all protected disclosures that a person’s conduct or competence or professional compliance is in question. Therefore, it can hardly be said to have reached the dizzying outer limits of “completely unreasonable” as one might claim that a patently unjustified invasion of someone’s personal integrity did. At first sight, therefore, the dismissal of the plaintiff by the Bank should certainly have put her directly in the worst trouble.

The Court of Appeal reversed the law, in particular section 103A of the Employment Rights Act, which requires the employment tribunal to examine exclusively and above all what was the real reason for the employee’s dismissal . Along with the other judges, the current Lord Justice Underhill looked back at established authorities, including his own at Martin in particular, and liked what he saw. The question was whether the employer justified the dismissals and not whether this belief was reasonable or objectively correct. Of course, the less reasonable and factually viable the alleged justification, the more rigorous the review that the Labor Court must apply. However, if it were nevertheless found to be authentic, that would be the end of it.

Here there was indeed evidence of prior dissatisfaction with the Claimant at times”inflexible, demanding and picky” relations with his colleagues, it cannot therefore be said that the reasons alleged by the Bank come completely out of nowhere. The Tribunal found that it was this, and not the fact or subject matter of his initial disclosure (which was given little consideration by the decision makers) that led to the dismissal. As a result, Ling Kong’s claim to have it automatically unfairly dismissed for whistleblowing failed.