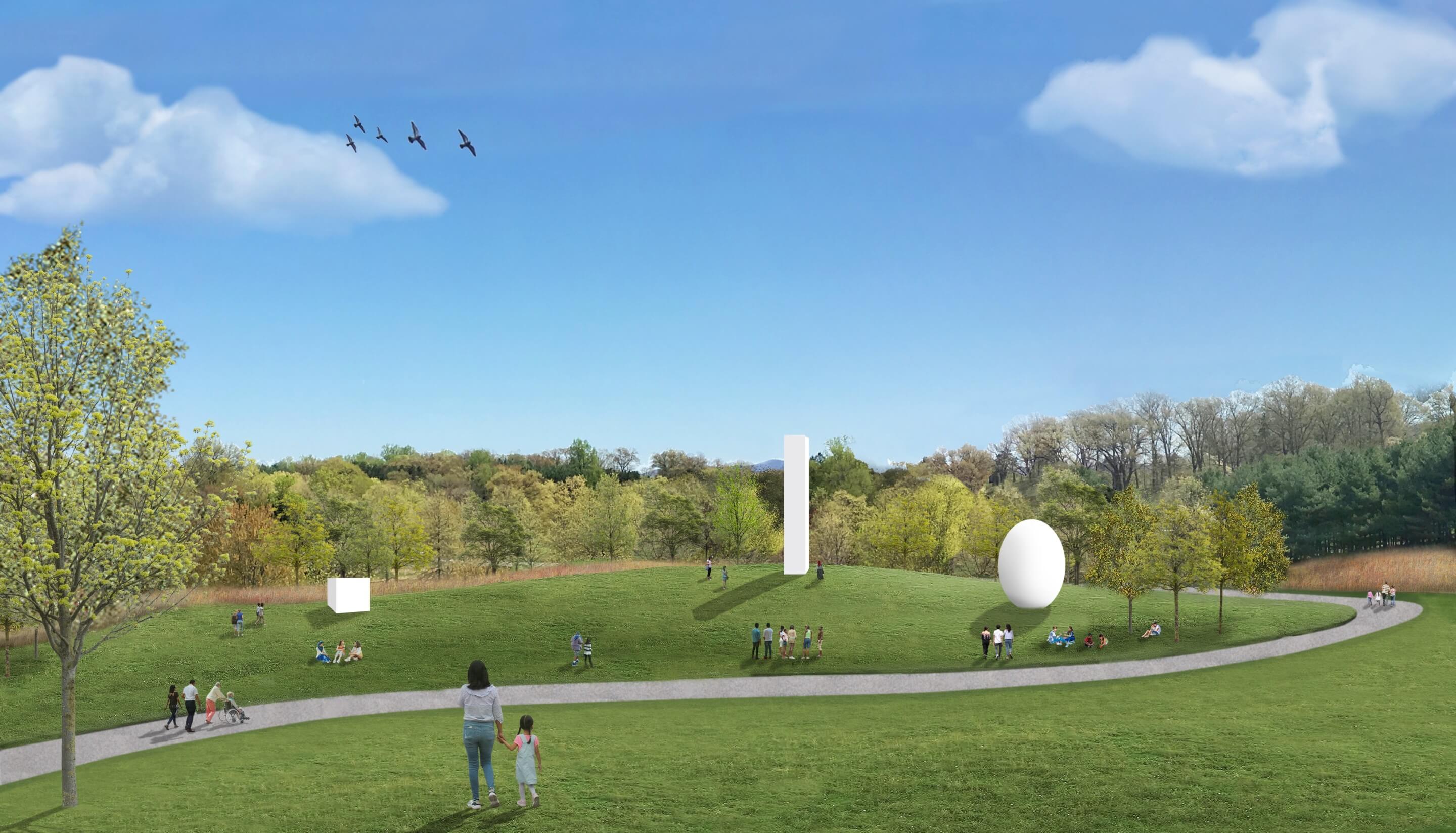 Storm King Art Center has announced it will undertake a $45 million refresh of its famed open-air museum spanning 500 acres of mountainside forest and grassland in New York’s lower Hudson Valley .

The capital project will bring a host of new features and upgrades – visitor pavilions, a relocated parking lot, infrastructural improvements and an art conservation and manufacturing facility among them – to the 60-year-old Sculpture Park so that can better adapt to continued growth. As noted in a press release, a “significant increase in visitation and program numbers” has spurred an urgent need for capital improvements that “prioritize the visitor experience and advance the Center’s leadership. art in landscape stewardship and environmental sustainability”. Storm King, like other outdoor museums and sculpture parks, enjoyed heightened visibility during the early months of the pandemic when indoor art experiences remained closed or avoided.

“This ambitious investment project builds on the absolute best things about Storm King while helping to chart our course toward a more sustainable future,” Storm King Chairman John P. Stern said in a statement. “It allows us to advance all areas of our work and mission; to support our growing community of visitors, artists and staff; and to preserve our extraordinary site and collection for future generations.

With work due to begin later this year, Storm King has assembled a formidable team of global firms to lead the design of the ambitious firm, including heneghan peng architects, in what is the first project in the United States for the company based in Dublin, with New York. own WXY Architecture + Urban Design and a pair of leased landscape architecture firms: Reed Hilderbrand, based in Cambridge and New Haven, and Gustafson Porter + Bowman, based in London.

Amy S. Weisser, Deputy Director of Strategic Planning and Projects at Storm King, noted that “while each of the four companies brings a distinct toolbox of expertise, their collective approach is grounded in a set of shared values ​​that align with those of Storm King”.

“They have a similar deference to art and nature and a dedication to being outdoors and outdoors, to creativity and collaboration, to caring for people and nature, and to building communities. sustainable infrastructure,” she added.

As detailed by Storm King, a trio of core values ​​- Graceful Arrival, Support for Artistic Vision and Sustainable Future – were established to guide the design.

On the A Gracious Arrival front, the design team designed a series of pavilions with “essential” facilities for visitors, including restrooms, large group gathering areas, and more. Connected to the main land by accessible walkways, the pavilions will flank a new consolidated parking area at the edge of the site. (Current parking lots will be transformed into new landscapes for art.)

“Storm King is truly a living landscape, and our lightweight design approach maintains the focus on the art within the landscape. The landscape and the art remain the protagonists, with architectural elements supporting rather than competing,” said explained Claire Weisz, WXY’s founding director of new buildings, “Each structure is porous, designed to support visitor movement and exploration of Storm King’s various environments while opening up multiple lines of sight.”

As for the new parking area, it will include areas suitable for public transport with the aim of minimizing the carbon footprint associated with transporting relatively remote sites while making the campus “more accessible to those who do not have a vehicle. personal”. (Storm King is located about 90 minutes north of New York City by car in the town of New Windsor and is not immediately accessible by public transportation, although there are shuttle, coach, and shuttle options. train.) There will also be a dedicated drop-off area for school groups adjacent to an orientation pavilion, a feature that complements the center’s plan to expand its youth programming.

Joining the pavilions will be the purpose-built conservation, manufacturing and maintenance building. Located at the south end of the sprawling Storm King campus and envisioned as a “place for creative collaboration,” the flexible and multi-purpose facility will serve as a workshop, studio, mechanical shop, storage space and office . In addition to serving as a curatorial space for the museum’s world-class collection of existing sculptures, new works will be created and fabricated in the building.

Joining the new structures will be a pair of new art-ready landscapes which, as mentioned, will be located in what are now parking areas to the north and south of the site. The parking lot rehabilitation effort “will naturally expand the existing exhibition spaces while providing a platform for exhibitions, temporary installations and public programming, as well as revealing additional sightlines to the wooded edge of Storm King,” the ad explained.

A myriad of sustainable design strategies and elements beneficial to the local ecology will be incorporated throughout the project, including in the LEED Gold pavilions and in the landscape itself, which will receive more than 650 new trees.

“It is exceptionally rare that landscape is treated as seriously as art, as is the case with Storm King. Storm King’s environment allows people to appreciate that they have a relationship with the earth, invites them to imagine caring for it and appreciate that it changes, just like them,” said Beka Sturges, Director of Reed Hilderbrand. “We thought deeply about how to make the woodlands, wetlands and overall biodiversity of the grounds a more inherent and exciting part of the experience, particularly how this can support people’s encounters with art. This includes planning for a greater diversity of plant species – varying heights, textures, shapes and groupings, which reward intimate viewing as well as long views.

The current Storm King Center season kicked off on April 6 and runs until December 11. Brandon Ndife.

Work on the redesign project is expected to be completed in 2024. A will return with a deeper look at the design as this transformative and collaborative effort unfolds.

certain financial institution: yes, the bank is far from being a multibagger; having a bet on these 2 midcaps: Nischal Maheshwari