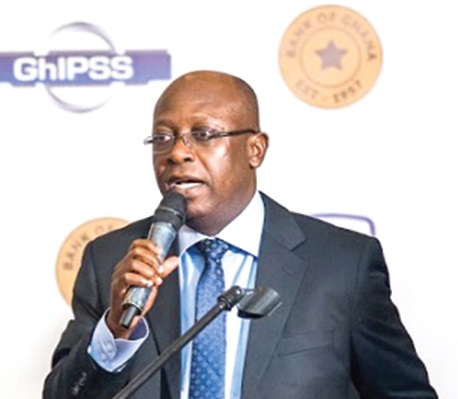 Securing a Single Payments Platform for Africa: No Financial Institution Will Be Left Behind – BoG Says

This decision aims to create a single payment platform for the continent.

While the continent has been grappling with the introduction of a single currency for nearly 30 years, Afrexim Bank, with the support of the African Continental Free Trade Area (AfCFTA) Secretariat, recently introduced the PAPSS which should ensure instant payment for goods and services between African jurisdictions in any local currency.

Speaking at a summit hosted by the Bank of Ghana and its partners, BoG Head of Payments Systems, Dr Settor Amediku said the central bank would ensure that all financial institutions are integrated into the PAPSS, noting that no institution would be left behind.

He said financial institutions would be able to do this through the GhIPPS platform once it was successfully linked to PAPSS.

“PAPSS will work with all regulated payment institutions in each African country. For example, in the case of Ghana, all our banks are going to be connected to the PAPSS infrastructure via GhIPSS.

“We have licensed fintechs, we have savings and loan companies, and we have other payment companies that are already linked to GhIPSS,” he said.

Dr. Amediku noted that although Afreximbank had developed the infrastructure, the participating central banks were the custodians of the payment system and remained responsible for the day-to-day management of PAPSS in accordance with its mandate.

“Afreximbank only provides the infrastructure. It is our duty to ensure that the payment and settlement systems support the economy of our respective countries.

“So there should be no fear that Afreximbank will dictate to us how our payment systems should be run, as that is the constitutional mandate of member central banks,” he noted.

She said the system was a major step in unlocking the continent’s trade and investment opportunities.

As a member of the PAPSS board, she said the BoG provided maximum support in the testing and piloting phases of the systems.

She said the central bank will continue to promote a modern, innovative, resilient and inclusive payment system in the country to help boost trade and access to financial services.

She noted that the introduction of e-cedi, which was supported by the BoG’s track record, would serve as a critical tool to drive an inclusive and formalized economy.

Fidelity Bank Chief Financial Officer Attah Yeboah-Gyan, also speaking at the event, said there was a need to clearly define and clarify the main function of PAPSS.

He explained that the system would only solve problems related to delays associated with transactions, the cost of payments as well as the demand for foreign currency that characterizes many countries on the continent.

He stressed that the PAPSS was neither a substitute nor a direct remedy for the problems of infrastructure, political stability or diversity of goods and services.

“PAPSS by itself will not boost trading volumes, and that needs to be clear. Trade volumes are low because we don’t have sufficiently diversified economies, coupled with other infrastructural, social and political factors,” he said.

He said the cost and time benefits of PAPSS could make sovereign states see the utility of a single currency and make them work faster towards the required convergence criteria.