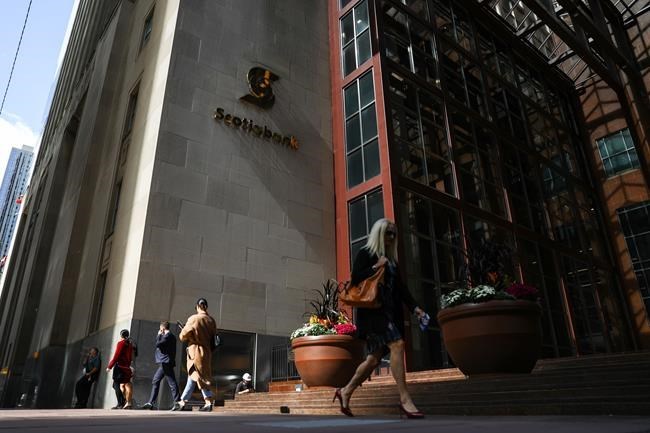 TORONTO – National Bank is the latest financial institution to delay plans to bring more employees back to the office as concerns rise over the highly transmissible Omicron variant of COVID-19.

TORONTO – National Bank is the latest financial institution to delay plans to bring more employees back to the office as concerns rise over the highly transmissible Omicron variant of COVID-19.

Bank spokesman Jean-FranÃ§ois Cadieux said on Wednesday the bank has asked employees to avoid the office as it is closely monitoring developments.

“A message was sent earlier this morning to our employees asking them to work remotely if they can,” he said in a statement.

In the longer term, the bank plans to stick with a strategy of gradual and voluntary opening up, Cadieux said. Before the last announcement, about 15 percent of employees were back in company offices.

The change in plans comes as Omicron variant COVID-19 cases increase, prompting the Ontario government on Friday to ask employers to make every effort to allow employees to work from home.

The Bank of Nova Scotia said earlier this week it was suspending its return to the office scheduled for Jan. 17 and would reassess the schedule in the new year.

“Based on the latest guidelines from the Ontario government, Scotiabank is on hold on plans to begin a gradual and gradual return to power,” Scotiabank spokeswoman Kate Simandl said in an email.

The bank plans a phased return to the office when it does eventually move forward, with the majority of headquarters employees working in a hybrid model, she said.

Sun Life Financial Inc. also said this week that it has suspended expansion of its pilot back-to-office program.

“We encourage all employees, including volunteer participants in the pilot project, to work from home until the end of January,” spokeswoman Robyn Keene said in an email.

She said some employees might still prefer to work in the office and the company will continue to assess security protocols.

â€œUnfortunately, I think we’re going to see a reduction in traffic from what we’re starting to see in the Financial District and in general.â€

She said companies are working through a long back-to-office process and trying to figure out what the best role models are for the future, but companies see the value of people working together in person.

“There is a feeling in senior management that we need some of our time in the office, that there is, in the long run, something wasted if everyone is at home.”

This report by The Canadian Press was first published on December 15, 2021.

Those who invested in First International Bank of Israel (TLV:FIBI) five years ago are up 173%