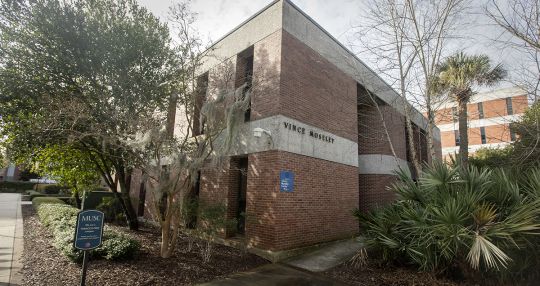 The oldest public medical school in the state celebrates its 198th anniversary since the Medical University of South Carolina was created, and with it the council voted to start a fundraiser for a new academic building for the College of Medicine.

The proposal is to replace the existing Vince Moseley Building at the corner of President and Bee Streets, creating a centralized home for students and faculty scattered across buildings in downtown Charleston.

“Our current spaces have pretty much aged and haven’t kept up with some of the latest developments in education and other activities that we want to develop for our students,” said Dean of Medicine Dr. Raymond DuBois . “Most medical schools in the country have a building dedicated to their teaching, faculty, and research efforts, and we’re just spread out in several different locations.”

The last “new” college building was erected around 1955, and Dubois said discussions about a new college space had been underway for two or three years.

schools like the University of North Carolina and duke University are doing the same, bringing everyone together in one house, said Janet Buffington, administrative coordinator of MUSC, who focuses on the cogs and bolts of the project.

With the recent expansion of MUSC’s health system across the state, there is serious talk of establishing another regional campus around one of them, in addition to the facilities in Charleston and Anderson. Such an undertaking, however, would require MUSC to increase its class sizes and currently the college does not have enough classroom space to do so.

“We can’t accredit more students unless we have more places,” DuBois said.

And applications are pouring in at MUSC, as applications to medical schools nationwide have increased 16% to 20% in recent years.

“Right now, we’re able to recruit some of America’s most renowned professors to come and work for us. The students are of the highest caliber and we break the medical school research record every year,” said Derek Brown, associate dean for development at the College of Medicine. “Imagine what would happen if we had a state-of-the-art facility to go with this. Incredible things can happen.

The appeal of razing the Moseley Building is its central location on campus, making it the most convenient location for an academic building. To date, the college has made a big expansion of its clinical buildings along the Ashley River side of campus, but DuBois said that’s still far enough for faculty to move around.

“It’s centrally located so students can do research, use the library, and all these other activities,” DuBois said.

The current structure has a fairly small footprint, with two floors and around 10 offices. By building, the new design could make more efficient use of the property. DuBois said the next steps will be to detail the diagrams and use of the space, select a team of architects, and develop a fundraising feasibility plan.

While MUSC doesn’t have a concrete cost without a final design, Brown studied the range of what a building of the desired size will cost in terms of dollars per square foot, equipment, etc.

The final number of fundraisers is yet to be determined, but to help with feasibility plans, the college has contracted with fundraising companies nationwide.

“We have thousands of donors to this medical school and 9,000 living alumni, so we will be talking to many stakeholders to understand what they think of the building. Are they excited about this opportunity before us? Would they be willing to partner with us? Brown said. “We’re going to need good support to make this a reality, but the payoff is incredible to think about what it could do for our college.”

Ideally, DuBois wants to equip the building with state-of-the-art technology and services where students could work in small groups or on simulations. He would also like to see the school teach via virtual reality.

“The caliber of students we’re recruiting now, from what I understand, is truly exceptional with some of the best MCAT scores we’ve had,” Brown said. “They could go to medical school in many places, and we don’t want to lose if other schools have more places to study, better technology.”

The College of Medicine has reservations to help support the effort, and DuBois said MUSC will seek support from the state, which has supported other medical schools in the past. There’s no guarantee MUSC would see any money, though.

“This college is the oldest medical school in the south. He is well regarded across the country,” Brown said. “This new building will truly be a symbol of excellence for South Carolina, and we hope a special donor will put their name to it.”