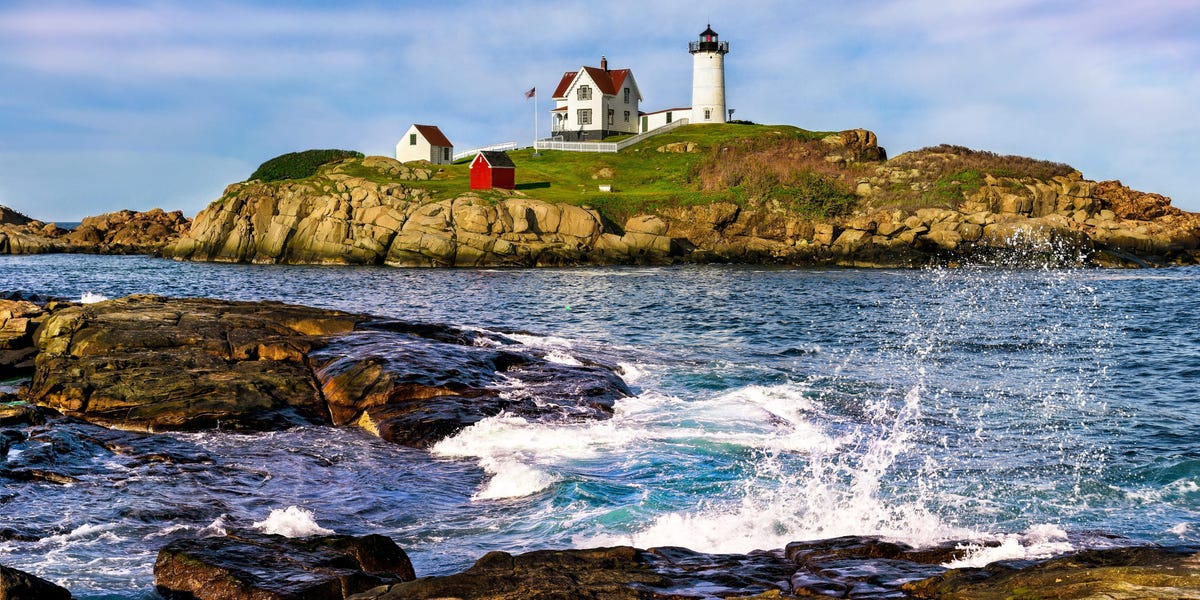 In today’s economy, there are many people who would like to buy a house, a lots of student debtand a whole bunch of companies that are struggling to find workers.

Maine lawmakers are considering removing all of these challenges in one legislative swoop. They want to attract young people to Maine by forgiving up $40,000 in student loan debt for first-time buyers.

Maine Senate President Troy Jackson told Insider that Maine has “a real challenge filling the job market.” It’s become more of a retirement state, he said, without a lot of prime-age workers. At the same time, these young workers may not have the capacity to put down a down payment on a first home or possess the financial record of a more experienced buyer.

The legislation would require buyers to use their new home as their primary residence for at least five years.

“A lot of people are trapped in debt. I believe very strongly that it was intentional,” Jackson said.

It’s a potential debt relief solution that can prevent workers from taking the plunge to pursue a dream job, buy a home, or move to a new state. It can also help solve persistent problems that employers say they face when hiring new workers.

The program is similar to Illinois’ Smart Buy program. Entrants must have a student debt balance between $5,000 and $40,000, and they would work with the state of Maine to pay off their student debt in full at the time of home closing. If the buyer chooses to sell the home within five years of purchase, a portion of the student loan assistance must be repaid to the state.

“We’ll help you pay off your college debt, but you’re going to commit to living in the state for five years,” Jackson said.

Participants must have a minimum credit score of 640 to be eligible, and their home purchases must be valued between $86,600 and $131,100, depending on family size and location. The bill is scheduled for more working sessions, and the Maine Senate is in session until April.

“I think that should be a priority for all of us,” Jackson said. “I hope now that the business community, which governs the mindset of many of my colleagues, will get involved in this because they are crying out for the state to do something to help bring the workforce in Maine.”

the $1.7 trillion The student debt crisis that weighs on the shoulders of 45 million Americans is getting worse every day, and for many of those affected, the burden of debt is preventing them from buying a home. The Institute for College Access and Success maine ranks as a highly indebted state, with 2020 graduates having an average debt of $32,764.

“Here in Maine, if you went to school to be a professional social worker, you’re going to be paying off your student debt for a long time because you’re not making a lot of money,” Jackson said. “But it’s a very worthwhile profession, and you shouldn’t be trapped. We need all kinds of professions.”

The National Association of Realtors found in a September poll that student debt caused 51% of borrowers to delay buying their homes — an issue Housing Secretary Marcia Fudge shed light on in July.

“Who has student debt? The poor, the blacks, the browns,” Fudge said Axios. “We are the most indebted people. And so the system is already skewed so that we are not solvent.”

It is unclear how many people will use these programs and whether it will ease the debt burden of millions of Americans. President Joe Biden has taken steps to act on the crisis by canceling the debt of targeted groups of borrowers, such as those defrauded by for-profit schools. But when it comes to blanket relief for every federal borrower, he has remained largely silent and he faces pressure from his own party to implement the relief before student loan repayments resume on May 1. .

“I wish the feds would do more for the people who are already trapped there. As a state, unfortunately, we can’t fix everyone’s problem. I wish we could,” Jackson said. “Right now, I’m trying to make sure people can come into the state or stay there. That’s one way to do it.”

What is that? Advantages and disadvantages