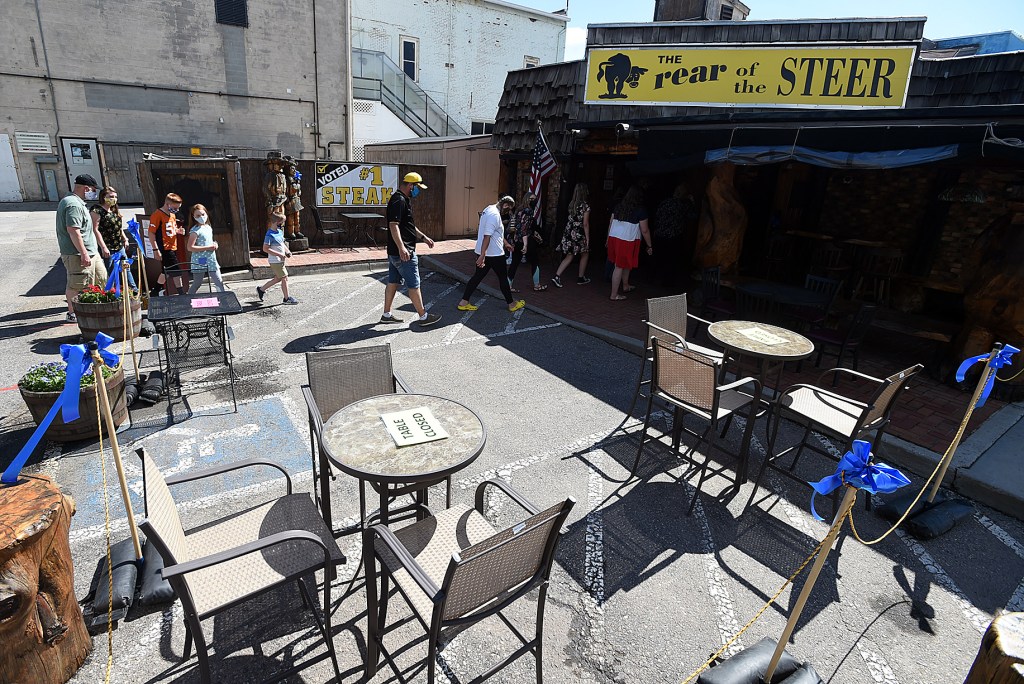 Loveland City Council will examine options on Tuesday to expand the city’s Patio program, which was introduced at the start of the COVID-19 pandemic to support socially distant alfresco dining.

Council members approved the program in June 2020, allowing 28 companies to date to expand their operations to sidewalks and nearby parking spaces.

The Patio program laid the groundwork for the Loveland Downtown Development Authority’s Saturday Night Dine Out series last summer. According to a staff note, the events generated some of the most profitable days of 2020 for downtown businesses.

Council then asked staff to research what it would take to change the city code to make the changes made by the Patio program permanent.

While most businesses and members of the public who responded to an April 2021 municipal survey had a positive opinion of the program, they were divided on whether the program should be year round or seasonal. with around 54.5% of traders and 55.3%. other respondents said they would support its reintroduction on a seasonal basis.

Staff raised various concerns in their presentation regarding the city code change and instead recommended either an extension of the local disaster declaration, which would maintain the program at least through the summer; use of the Special Event Authorization System, through which businesses could apply to use their Patio Program space during warm months or special events; or by publishing another survey to gauge interest in a permanent program.

Council will also assess the city’s proposed 2022-2031 capital improvement program. The first year of the 10-year plan, of around $ 791.5 million, will ultimately be voted on as part of the 2022 budget. Funding sources include the general fund, various municipal funds, and external funding sources such as grants.

The comments offered by the board on Tuesday will be reflected in the draft financial master plan, which will be presented as a draft at a later date.

Council members will have the opportunity to rate the list of projects and decide whether to add, remove or modify projects on Tuesday.

The meeting will begin at 6 p.m. and will be broadcast on Comcast Channel 16 and webcast on the city’s website at loveland.viebit.com. Tuesday’s agenda can be viewed and printed at cilovelandco.civicweb.net/Portal/MeetingInformation.aspx?Org=Cal&Id=1029.