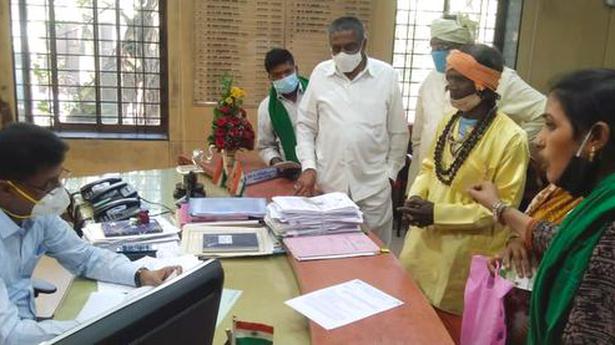 Karnataka Rajya Raitha Sangha (KRRS) leaders have complained to the government that the Malaprabha Sahakari Sakkare Karkhane in Belagavi district has obtained benami loans on behalf of mostly Dalit farmers and farm workers without their informed consent .

Copies of the complaint were given to Sugar Minister Shankar Patil Munenakoppa and Deputy Commissioner MG Hiremath.

“The Mugat Khan Hubli-based factory collected KYC documents from farmers and workers and took out huge loans on their behalf. He made them sign 40-page documents, making false promises that he would give shares in the factory and COVID-19 compensation. The factory did not tell the farmers that it was giving them loans. The local branch of Bank of India released the loans, considering the factory as guarantor. The farmers don’t know this and the money hasn’t reached their accounts either. Now every farmer has a loan burden of around ₹5 lakh to ₹8 lakh, which he has not taken but is obligated to repay,” Ms Gurannanavar told the Deputy Commissioner.

She said the fraud was detected when some farmers went to the Bank of India branch in Mugat Khan Hubli to take out loans under the government’s livelihood scheme.

The Deputy Commissioner assured them that he would consider the matter sympathetically and seek instructions from the government.

“Kallappa Chalavadi, a young farm laborer from Mugat Khan Hubli, went to the bank for a loan sanctioned by Dr. Ambedkar Corporation. But he was shocked when the agent rejected his request, saying he had already taken out a loan from their agency. He realized that the factory had taken out a loan in his name and appropriated the money,” Ms Gurannanavar said. The Hindu.

According to her, the factory cheated 150-160 families and took about ₹15 crore of such loans.

The KRRS also filed a complaint with the Bank of India branch. The bank’s senior executive issued an acknowledgment and assurance that officials will try to resolve the issue within a week. Naseer Bagwan, chairman of the sugar factory and leader of Janata Dal(S), was not available for comment.