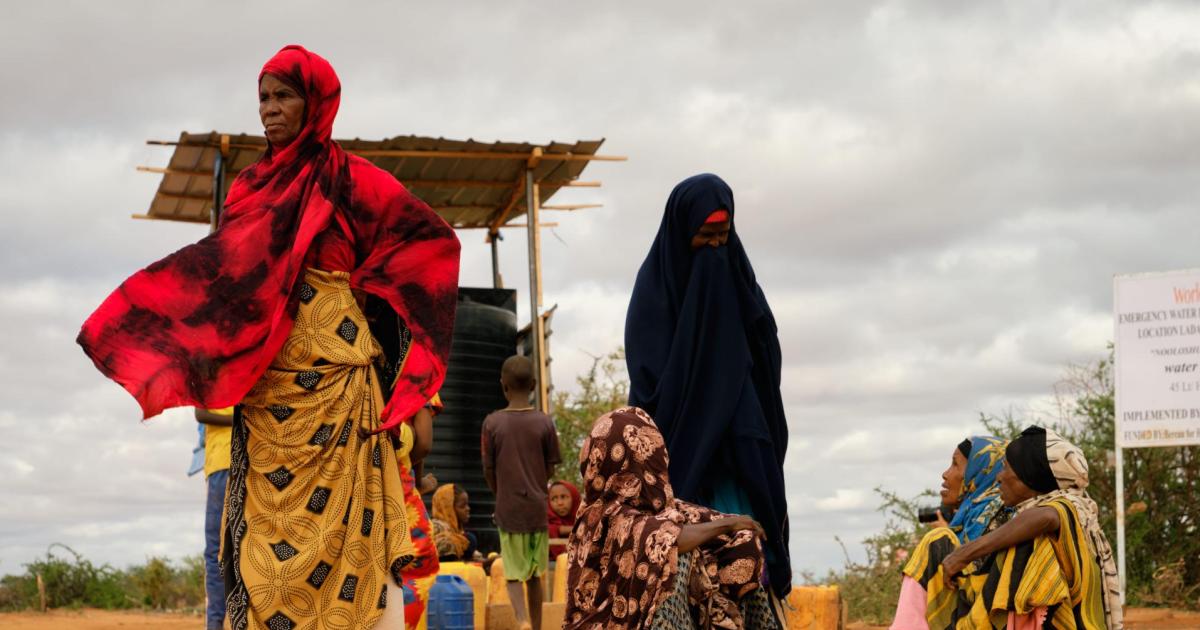 Mogadishu – The International Organization for Migration (IOM), the World Bank and the Federal Government of Somalia have launched a new $20 million project to address the urgent needs of 71,000 displaced and vulnerable people affected by historic drought and worsening hunger crisis.

The project will provide emergency relief and improve recovery and coping capacities through long-term housing solutions and infrastructure development.

“The project comes at a critical time as the most severe drought in four decades plunges millions of people into poverty, starvation and displacement, with thousands at risk of eviction,” said Ewa Naqvi, IOM Deputy Chief of Mission in Somalia at the launch. of the project.

Having generally left rural areas, most displaced people live in informal settlements on the outskirts of cities where they also face fear and intimidation. Unclear tenure arrangements put displaced populations at high risk of forced eviction. So far in 2022, more than 29,000 forced evictions have been recorded in urban centers and around a quarter of those evicted have been displaced by the current drought.

IOM leads the Danwadaag Durable Solutions Consortium – a group of local and international non-governmental organizations (NGOs) focused on providing long-term solutions to protracted displacement – ​​and will work under the leadership of the Federal Government of Somalia to provide essential services to communities affected by the drought, which has already displaced more than 1.1 million people.

“As part of our government’s response to the drought crisis, my ministry will provide emergency assistance to approximately 71,000 people in the municipalities of Garowe, Mogadishu and Kismayo. IOM and its partners will implement the $20 million project to urgently address the water, sanitation, shelter, health and nutritional needs of drought-affected families,” said HE Ismail Abdirahman Sheikh Bashir, Ministry of Public Works, Reconstruction and Housing at launch.

People displaced during this two-year drought join millions of other internally displaced people (IDPs) living in precarious conditions after decades of conflict, economic crisis and climate extremes and at risk of never return home. One of the most vulnerable groups in Somalia, the displaced have limited access to basic services and struggle to earn a living.

“The ability to help municipalities meet the life-saving needs of drought-affected people is a significant step forward in the World Bank‘s goal of providing holistic support to the Somali government. We look forward to productive collaboration with the IOM-led Danwadaag Consortium,” said Kristina Svensson, World Bank Country Manager for Somalia.

The Urban Resilience Project in Somalia will also provide housing solutions, including title deeds and land where families facing eviction can settle permanently and start their lives anew, as well as legal support on rights and rental contracts.

The project will focus on improving access to health services and engage community members to build infrastructure such as improved shelters, boreholes, latrines, streetlights and drainage systems. A key aspect of the project will be to build government capacity to deliver essential services to people across Somalia. This project also responds to the implementation of the IOM Strategy on Migration, Environment and Climate Change 2021-2030.

The responsive and inclusive services under this project will also reduce marginalization, promote sustainable integration and effectively lay the foundations for increased resilience in Somali urban centers.

Niger: The African Development Bank and the government hold a multi-stakeholder…

Niger – The African Development Bank and the government hold a…