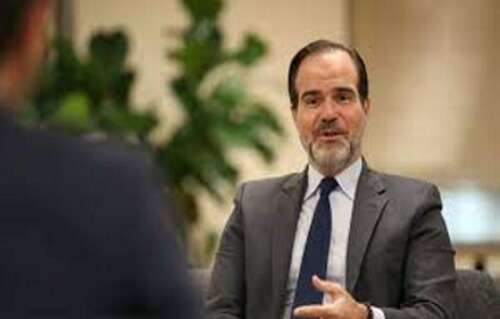 WASHINGTON, CMC — Inter-American Development Bank (IDB) President Mauricio Claver-Carone said while he welcomed the findings of an “unprecedented investigation” into the financial institution, the process did not failed to meet the international standards of integrity that both the IDB and the region strive to be exemplary.

He said that although the investigation did not “substantiate the false and anonymous allegations that have been made against me or IDB staff in the press”, this is the first time in the history of a multilateral development bank that a process like this is taking place, where an elected leader has been subjected to an arbitrary investigation without any formal complaints under the administrative rules of the organization and initiated on the basis of anonymous and unsubstantiated allegations.

” This is unheard of. Despite the lack of due process, I cooperated fully without waiving my constitutional rights. The handling of the survey repeatedly violated the Bank’s ethical rules, basic standards, and raised seriously questionable practices, including the manipulation, misrepresentation and knowing use of information proven not to be reliable to predetermine an outcome instead of presenting a fair and unbiased review,” said Claver-Carone.

Claver-Carone, who was elected to the IDB’s leadership role on September 12, 2020, did not detail the allegations against him and the Washington-based financial institution.

“I believe that complaints, even anonymous ones, should be taken seriously and handled with care, and I strongly support that the IDB should be a rules-based institution, as established by a charter, and not a bustling political organization. by ideological or partisan convictions. interests,” he added.

“In clear and direct violation of the IDB’s ethics rules, neither I nor any other IDB staff member had the opportunity to review the final investigation report, respond to its findings or correct inaccuracies.

Claver-Carone said anyone familiar with Latin America and the Caribbean “is aware of the continuing concerns of citizens about the lack of due process rights that too often plague justice systems and undermine the administration of justice in the region.

“And it is unfortunate that this institution which places its trust in the region cannot guarantee due process to its own employees,” he said.

Claver-Carone said the IDB should embody the kind of ethical conduct, transparency and eagerness for justice that it promotes across the region, and one has to wonder why the bank failed to follow its own rules. , and even the ethical precepts of common sense, everywhere in the world. this investigative process.

“Unfortunately, this ad hoc and arbitrary process has, since its inception, violated IDB rules and standards, including confidentiality safeguards and confidentiality rules, while failing to prevent conflicts of interest between those responsible to conduct and evaluate the investigation.

“The willful disregard of established IDB rules and processes, as we have witnessed, poses a reputational risk to the IDB and negligently fails to protect staff in our 26 regional borrowing member countries, as well as in Europe and Asia,” he explained.

He said that to ensure the protection of the IDB, its staff and its mission, it is essential that the Bank exemplifies the highest standards of integrity, accountability and due process.

“It will be vital to implement internal reforms so that they can continue to build trust and effectively promote transparency and integrity in public institutions in Latin America and the Caribbean,” said Claver-Carone, adding that “this episode now gives us the opportunity to consider the actions necessary to safeguard and protect the integrity of the IDB, our work and our staff against any form of abuse, violation or institutional political machinations.

“We need to redouble our efforts to modernize the Bank and push forward with reforms aimed at bringing much greater resources to improve life in our region,” said Claver-Carone, who before joining the IDB was Deputy Assistant. Of the president. of the United States and Senior Director for Western Hemisphere Affairs at the National Security Council.

The Bahamas, Barbados, Belize, Guyana, Haiti, Jamaica, Suriname and Trinidad and Tobago are the Caribbean member countries of the IDB.

Loans for life: Spry Finance gets €100m to expand its franchise in Ireland after product controversy during recession