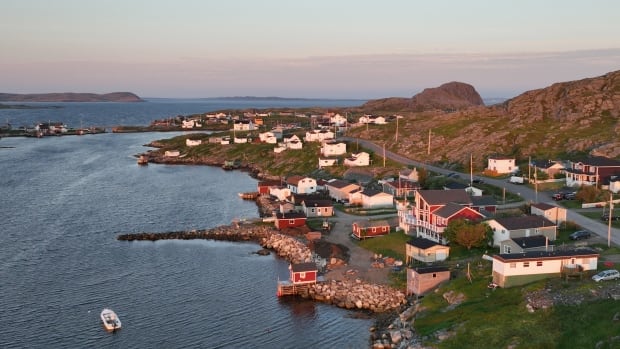 Fogo Island has been bankless since August and residents are calling for a new financial institution to be opened to avoid a ferry ride and 130 kilometer journey to Gander for service.

Resident Justin Hearn, a chartered professional accountant, said the lack of an open branch means a full day of travel just to do basic banking.

“It has been difficult for businesses in particular and for our elderly population on the island,” he said. “There is still a cash addiction here on the island. Some businesses only operate with cash.”

Hearn was deputy mayor of Fogo Island when Scotiabank announced it was integrating the branch, along with branches in Arnold’s Cove and Glovertown, into a nearby branch. He has since spearheaded efforts to lure another financial institution to the island.

Hearn, who is targeting the Atlantic Edge Credit Union, circulated a survey among residents to find out if people are willing to transfer their accounts from Scotiabank to a new institution. He said the results of the investigation will be reviewed by the credit union.

“The support has been from everyone on the island,” Hearn said.

“There are many different groups looking to improve services on the island, and without a financial institution, this has had a major impact.”

Bill Miller, owner of a small convenience store and grocery store on the island, said he had lost customers due to the lack of a bank.

“When they have to leave the island to go to Gander or the Bank of Nova Scotia in Lewisporte … they go to the various big supermarkets around – Walmart and so on,” Miller said Tuesday.

Miller said everyone was frustrated that they had to leave the island just to do simple banking. The island’s population is ageing, he said, and not everyone uses online banking.

“A large percentage of the people here on the island even want to see a credit union. They would be very happy,” he said.

Hearn said the town has a building the credit union could use to set up shop.

“When Scotiabank made their announcement clear and their intentions clear, we worked to secure the real estate. The building they are in now, we were able to secure as a donation to the City of Fogo Island,” Hearn said.

“They understood the impact and how they leave us without these services.”