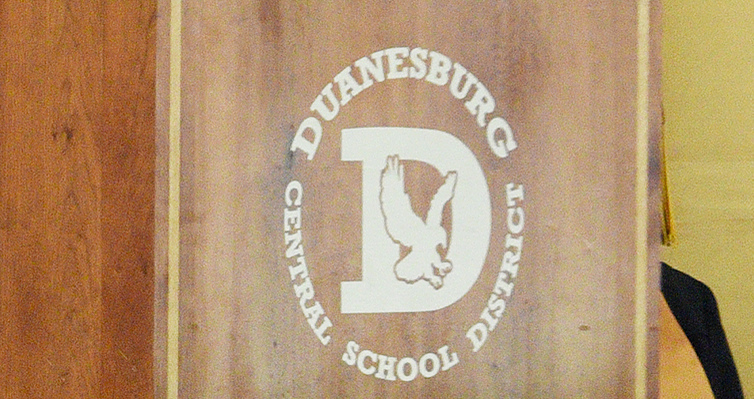 DUANESBOURG — School buildings would have new roofs, cafeteria and kitchen spaces would be upgraded, some classrooms would be renovated and taxes would remain unchanged under a proposed $28 million capital project that the Central School District of Duanesburg hopes voters will approve later this year.

The district unveiled its “Centennial Capital Project” in September – a two-phase proposal to be completed over three years that would help modernize the nearly 100-year-old 1950s elementary school, and adding more offices to the neighborhood bus garage.

“We have to start reinventing the facilities we have with the way we use them now,” Superintendent James Niedermeier said at the September 13 school board meeting.

Final designs for the proposed project have yet to be developed, but the district has defined the scope of work, which includes installing new roofs on both schools and renovating the kitchen and cafeteria at both schools. Some classrooms would also be renovated, including the entire third grade wing of the elementary school.

Security upgrades are also part of the proposal, including new interior doors, new exit lighting and signage, and upgrades to fire alarm and public address systems. The proposal also includes facade upgrades and window replacements, as well as a new elementary school playground and office addition to the bus garage.

The district plans to use $6 million in capital reserves and fund the remaining $22 million balance, which is expected to be improved by voters in a Dec. 8 referendum.

There are no tax increases associated with the project, according to Jon Bick, state aid adviser at Fiscal Advisors & Marketing, a finance firm hired by the district.

Bick said the district’s use of reserve funds coupled with debt expiration and 79.8% repayment assistance from the state will offset the costs. The reimbursement amount means the district will receive 79.8 cents from the state for every dollar spent on the project.

“The district has past capital projects that are nearing the end of the debt and building aid schedule that are already factored into the tax levy,” Bick said. “As this decreases, we are able to layer this new project without further tax increases.”

The district presented the project after months of work, including a building condition survey and stakeholder meetings with faculty and community members.

On Thursday, the district will hold a guided tour of the building to discuss the capital project in detail, and the school board is expected to approve a resolution setting a referendum a week later on Oct. 11.

A meeting to collect public comments on the project will take place on November 14 and the design of the project, if approved, will begin in mid-December.

The project would be completed in two phases beginning in the summer of 2024. The first $6 million phase includes installing the new roofs for the elementary school building and playground. The second phase would cover various classroom upgrades, security upgrades and district bus garage upgrades at $22 million.

Details on the exact scope of the project will be determined when the project enters the design phase, but the district took a “conservative” approach during the budgeting process – a concern amid rising inflation costs.

Jared Yando, a consultant with Schoolhouse Construction, said the district was monitoring recent price increases and believed the project would match any future price increases, although he admitted it would be difficult to keep up with prices in the current climate more than a year Released.

He said the cost estimate also includes a 10% contingency to include any potential cost increases or unexpected issues, and noted that the scope of the project could be readjusted if voters ultimately approve the $22 million bill. loan.

“We are watching the market very closely and expect an escalation in these projects. We use escalation factors that track the current escalations that we see,” Yando said.

For more information on the proposed capital project, visit the district’s website at: duanesburg.org.

The district will host a guided tour to see the scope of the project on Thursday, October 6 at 6 p.m. The visit will begin at the main entrance of the secondary school. No pre-registration is required.

After: All news | Schenectady County

Make sure you have access to everything we do, today and every day, check out our subscription page at DailyGazette.com/Subscribe

More from The Daily Gazette:

Private federal student loans will not be relieved