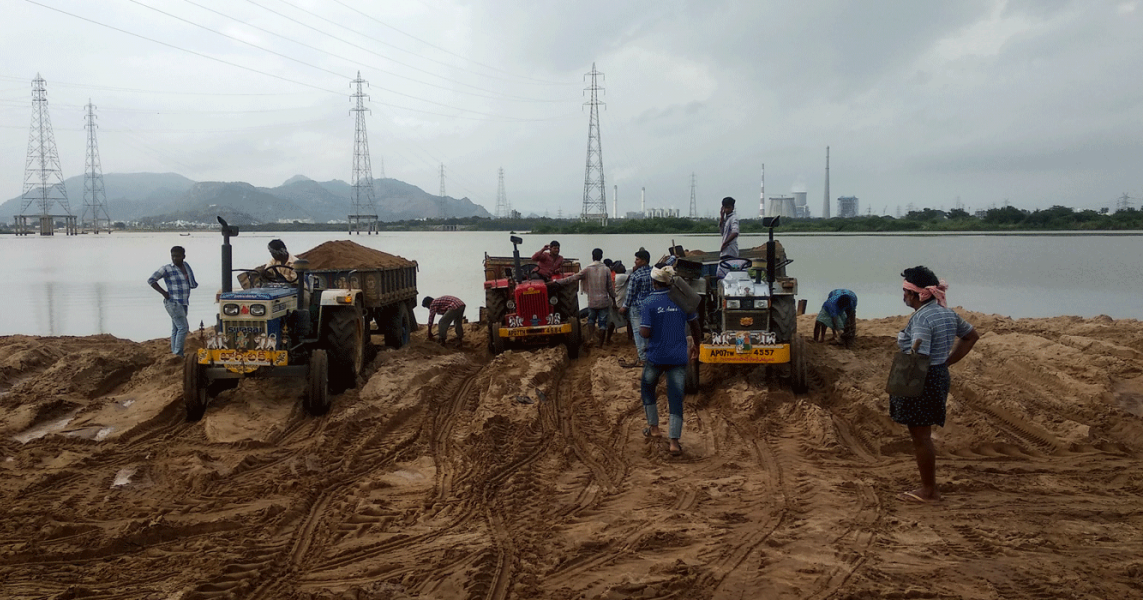 Working Group on International Financial Institutes (WGonIFIs), a leading advocacy group monitoring the participation of leading global bodies such as the World Bank (WB), the International Monetary Fund (IMF) and the Asian Bank of investment in infrastructure (AIIB) in projects in India and their impact on communities indicated that the report of the WB International Inspection Panel on the Amaravati project “validated” the issues raised by the organizations in the society civil (CSO).

The Panel is not talking about economic displacement and uncertainties about restoring the livelihoods of landless workers and landowners, WgonIFIs said in a statement. He expressed serious concern about the Amravati project – from which he recently withdrew – efforts should have been made to ensure that people not only have “access to temporary jobs, but get income-generating opportunities at more. long term to ensure the restoration of livelihoods, which is the ultimate objective of the Bank’s involuntary resettlement policy.

Confirming the concerns expressed by communities and civil society organizations, the Indian government withdrew its request for World Bank financing from the Amaravati Capital City project to evade an investigation by the Bank’s accountability mechanism – the Panel of ‘inspection. It was confirmed by the report – dated March 24, 2019 – published by the Panel on July 23, 2019.
An investigation into the project would have highlighted the monumental violations of the Bank’s social and environmental policies, as was the case in the case of the Sardar Sarovar (Narmada) dam and the projects of Tata Mundra in the past. This confirms that the Indian government is aware and wants to cover up the violations due to the irresponsible execution of the project.
In its final report, which was released on July 24, 2019, the Inspection Panel, while noting multiple violations and shortcomings in the World Bank-funded project, stressed the need for a detailed investigation.
WGonIFIS, a collective of over 90 grassroots movements and civil society organizations from across India, demands that the Government of India and the Government of Andhra Pradesh immediately conduct an independent review of the Amaravati Capital City project to examine the socio-economic damage, land transactions and psychological trauma observed by agricultural, coastal and pastoral workers, tenants, landless families and communities most vulnerable due to land acquisition and displacement process.
Independent investigation and swift action on the results will do justice to those who otherwise along with Bank management, central and state governments, and the investigating agency’s Inspection Panel have conveniently washed their heads. hands, affected communities have yet to receive justice and a firm response to their call for accountability.

Summary of the Expert Group report:

The Inspection Panel, which visited the Amaravati capital site to “investigate the alleged issues of harm and potential non-compliance related to the livelihood restoration requirements of the involuntary resettlement of the Bank ”, had submitted its“ Third Report and Recommendation on India: Amaravati Sustainable Infrastructure and Institutional Development Project ”to the Board of Directors of the World Bank on March 29, 2019.
The Panel in its report highlighted economic displacement; uncertainties about restoring the livelihoods of landless workers and landowners; lack of specificity of project documents; strong statements from the complainants and the Bank’s management; speed of implementation of the master plan; immediate assistance to the most vulnerable families; and the lack of consistent data and methodology for independent evaluation and third-party monitoring reports.
The Panel observed: “It is important that people not only have access to temporary jobs, but obtain longer term income generating opportunities to ensure the restoration of livelihoods, which is the goal. ultimate of the Bank’s involuntary resettlement policy ”. The Panel also expressed concern about the delay in responding to the needs of 21,374 landless working households, who lost their source of income about four years ago.
Recognizing that the Land Pooling Scheme (LPS) on this scale has never been implemented anywhere in the world and that it could be established as a model for similar initiatives in the future, the Panel stressed the need to investigate the damage. Although Management asserted that LPS farmers received adequate compensation, the Panel questioned whether it is possible to establish with certainty that compensation is the replacement value and noted that affected landowners would bear the ultimate financial risk.
Bank Management documents on the exact implementation of livelihood restoration lacked specificity. The Panel also noted that the Project documents do not refer to a labor market analysis assessing the future jobs that will be created in the new city and the skills needed to match those jobs.
The Panel observed: “About 45 percent of the people affected by the project in the footprint of Bank financed roads are illiterate and many of them have cultivated their entire lives. Therefore, they may lack the financial knowledge, as well as the business and investment know-how, to successfully avail this alternative. ”
In addition, the Panel emphasized that the broader concern for drastic ‘imposed’ social change in the transition of the way of life from farming-based rural livelihoods to non-agricultural urban livelihoods inherently involves a shift in the way of life. high risk of impoverishment.

45% of the people affected by the project are illiterate and many of them have been farming all their lives. They lack financial literacy

While the Panel acknowledged that the Bank’s Project implementation has not yet started, the Panel noted that the Project design is based on government activities and social protection programs that are already underway. implementation and encountered some challenges. And, these challenges may continue as part of the Bank’s project implementation.
Although complainants, activists, peoples’ groups and CSOs have always raised other more important issues of this flawed project – namely the lack of consultation and participation of those affected, the fertile multi-crop lands converted into concrete urban jungles, food safety concerns and most importantly coercion and intimidation by the previous government and police, and in many cases by landlords as well – all of this is put aside in the Panel’s report. explaining the corrective actions and the design of the project by the Bank’s management.
As the World Bank is no longer funding the project, the Panel updated its report and withdrew its recommendation to investigate the project. However, it should be noted that the Panel reports are primarily based on three reports:

Despite multiple requests for access to reports, these reports were not made public.

Who can vote, project details