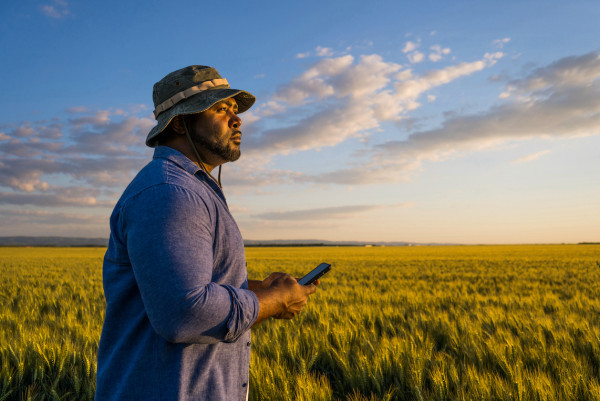 The funds will help 20 million African farmers produce an additional 38 million metric tons of food to address growing fears of famine and food insecurity on the continent.

The Bank, which is the only AAA-rated African financial institution, has consistently maintained this credit rating by all major global rating agencies.

The emergency food production program comes as the African Development Bank meets this week in the Ghanaian capital, Accra, for its 2022 Annual Meetings. Delegates will take stock of the Bank’s projects, which have had an impact on the lives of 335 million Africans over the past five years, while looking ahead to new challenges and opportunities.

To overcome Africa’s challenges, we must rebuild after Covid-19. At the onset of the pandemic, the Bank provided a Crisis Response Facility of up to $10 billion to African countries to help them overcome its social and economic impacts. It also launched a $3 billion Covid-19 social bond in global capital markets, at the time the highest US dollar-denominated social bond ever. According to the Bank’s President, Dr. Akinwumi Adesina, this has provided social protection to around 30 million vulnerable people.

Discussions at the African Development Bank Group’s Annual Meetings in Accra will also cover a range of topics, including climate change, where the Bank, together with former United Nations Secretary General Ban Ki-Moon and the Global Center on Adaptation, mobilizes $25 billion to support climate change. adaptation and resilience.

The meetings will also include substantive discussions on providing increased financial support to women entrepreneurs. The Bank’s Affirmative Action for Women in Africa is one of its flagship programs.

Highlighting these successes, Adesina dismissed recent criticism from Bank management. He cites an independent survey by a global human resources firm, which found high levels of satisfaction (85%) among bank staff.

The Head of the Bank says: “Our achievements, our exceptional management, our systems of good governance and the delivery of the Bank cannot be denied or distorted on the basis of externally fabricated untruths, distortions, misinformation and misrepresentation. a deliberately orchestrated campaign of slander in an attempt to tarnish our image.

“We are going to tell our story. We will not be defined by troublemakers, lies and prejudice. We are proudly African.

The African Development Bank has 81 country stakeholders who support its work. 3,000 participants are expected at this week’s Annual Meetings in Accra.

This press release was issued by APO. Content is not vetted by the African Business editorial team and none of the content has been verified or validated by our editorial teams, proofreaders or fact checkers. The issuer is solely responsible for the content of this announcement.

Student loans have not been canceled after 6 years